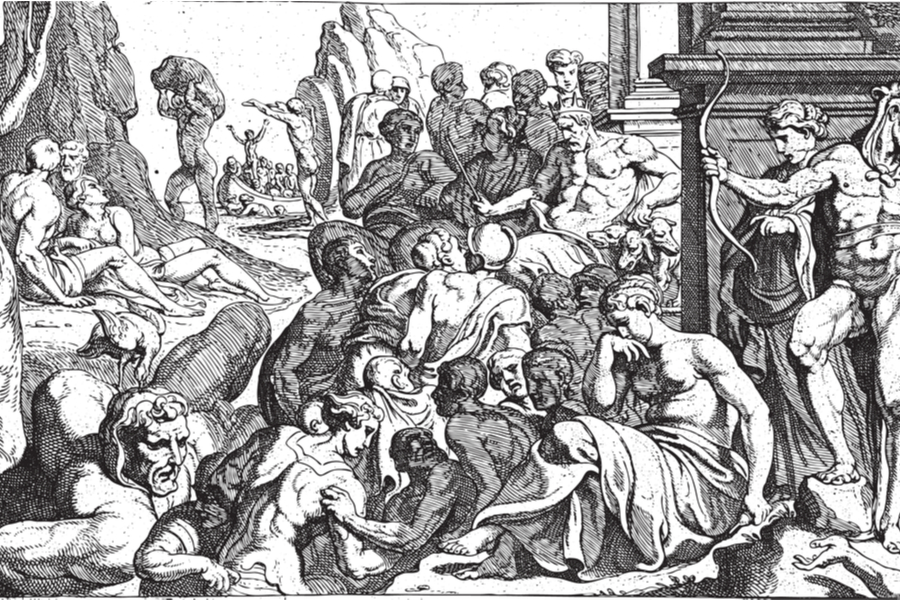 Daimons of the Unconscious

We can no longer deny that the dark stirrings of the unconscious are active powers and that psychic forces exist which cannot be fitted into rational order. The layman can hardly conceive how much his inclinations, moods, and decisions are influences by the dark forces of his psyche, and how dangerous or helpful they may be in shaping his destiny. – Carl Jung

Poseidon and Hades are brothers, sons of Cronus and Rhea. They are devoured by their fearful father and then released to battle and overthrow him. Hades is the lord of the underworld while his brother Poseidon rules the vast domain of the sea. Both spheres are symbolic of the worlds below consciousness. Therefore both gods are daimons of the unconscious representing powerful hidden archetypal forces. Both brothers rule a vast expanse of the world. However, most of the inhabitants of this world are shadow images of the humans dwelling aboveground. Hades’ population is full of shades and ghosts while monsters and shape-shifting prophets populate Poseidon’s realm. As brothers and custodians of these places, they are united in their rulership of the unconscious realms.

“It is in the light of psyche that we must read all underworld descriptions. Being in the underworld means psychic being, being psychological, where soul comes first.” -James Hillman

Hades was not only a personification of the underworld God commonly known as Pluto. His name also refers to a place: his extensive underworld kingdom. Mythological tradition and epic clearly differentiated the underworld and the god Hades was the regent of this place. This mythological netherworld serves as a symbol for understanding the textures and shades of subterranean psychic life. In contemporary psychological terms, this dark underworld territory is akin to the unconscious. Examining the customs, laws, and landscapes of the underworld amplifies our comprehension of the feeling life of the psyche. Hades, as a place, is a metaphor for what lies below the limen of consciousness and helps map out the internal psychic landscape.

This week I want to take time to explore the Hades role in our lives. Without Hades, we have known discoveries of our unknown potentials or our hidden passions or our soul solutions. A Hades-dominant inner father is one who remains outside of the experiences at hand. Hades prefers his underworld state. This can look to us like depression, social isolation, deep contemplation, avoidance, or even cleverness as a disguise for intimacy avoidance. Primarily, it is important to consider that Hades is necessary. It is likely the figure we work with most as clinical therapists and healers. To listen in order to understand rather than retorted we are in the realm of Hades – attending to what’s underneath someone’s words, actions, body language, and more.

The Importance of the Unconscious

We will be discussing in weekly theme group and art group the importance of the unconscious as well as the role of Hades in its most positive light. Should we repress, avoid, or “treat” away the Hades condition, we then neglect the soul in its unknowing. To put it another way, if we are heaven-bent, striving to liberate ourselves from the weight of unknowing, inflated in the fantasy of resolution rather than integration, we run from, then, our own humanity. Indeed, the soul lives in the process, not in the radiation efforts of our perceived struggles.