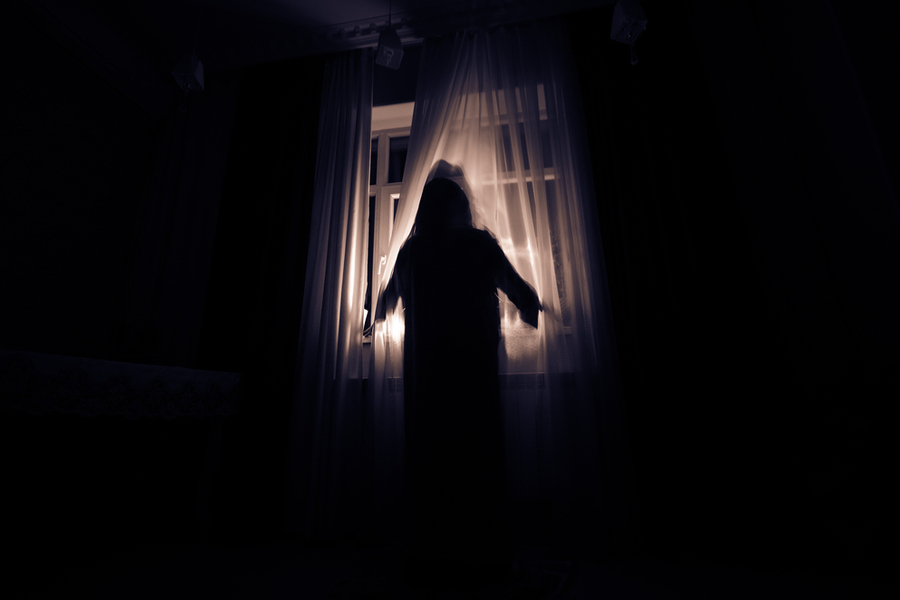 Our Celebration of the Macabre

“To confront a person with his Shadow is to show him his own light…anyone who perceives his Shadow and his light simultaneously sees himself from two sides and thus gets in the middle.” – Dr. Carl Jung, Good and Evil in Analytical Psychology

The air is crisp, the leaves are in bright finale, and the minds of American children are twisting with chocolate-scented wonder. Imaginative gears spinning ever-faster with every adult that asks them “So, whatcha gonna be for Halloween?”

Nearly every culture on Earth has an annual festival similar to Halloween. In the American manifestation of this masquerade, a candy display mushrooms up in every store (regardless of their actual product line). Houses get decked out in spooky splendor or goofy ghostliness. Parents invest dollars or hours into helping craft their children’s dream costume. In exploring this universal phenomenon, anthropologists posit a connection with harvests. Furthermore, religious leaders offer ideas on original sin or the dark side of the soul.

The Hidden Part of Us

However, psychology also holds a clue to our celebration of the macabre. A hidden part of every one of us,  may see Halloween as a safe time to emerge without fear from the depths of our unseen heart. “The great Swiss psychiatrist, Carl Jung, named this hidden part of us the Shadow. The Shadow is an archetype—a universal motif or image built into all human beings,” according to psychiatrist Dr. Phil Stutz and psychotherapist Brian Michels.

They go on to say that “the Shadow appears as the sum total of the weakest, most flawed, inferior, or even disgusting parts of yourself. It’s everything you don’t wish to be, but fear that you are. It doesn’t matter how rich, beautiful, or famous you are; as long as you fear that people can see your Shadow you will be insecure”. There is a tension between our Shadow and the selves we show to the world. We hide our shadows “…as a source of humiliation—usually through some kind of perfectionism”. However, on some level, we also yearn to show this part of ourselves. Furthermore, in some cases, the shadow will not be hidden (Stutz, 2012).

The Darker, Shadow Self

Perhaps this inner conflict fuels our choice of costume this Halloween. Someone once told me, “I love Halloween because it’s the one day that it’s okay to not be myself”. The eventual understanding was that the self this person actually chose to be was always an aspect of themselves. However, it was one they were afraid to show, or desired to embrace but felt unworthy of, or too insecure to fulfill. I wonder what costumes you wore?

In celebration of this day of masks, we relate to that inner conflict and seek to uncover this darker, Shadow self.

The Persona, the Self, and the Shadow

“Healing isn’t possible when dark energies are kept bottled inside.”

Jung defined three crucial parts of our psyche. Those are the Persona, the Self and the Shadow. The Persona is the mask we wear in society to make a positive impression. It has the potential to show our real nature if we are confident in it. However, most often it is “a compromise between a person’s real individuality and society’s expectations”. The Shadow, as we said, is the dark side, but Jung encouraged that it is also the “underdeveloped” side. We move towards “self-realization when one recognizes and integrates it” into the third aspect, the Self. Jung considered the Self “the most important” part. This is because “it signifies the harmony and balance between the various opposing qualities that make up the psyche” (Curran, 2013).

An External Example of Inner Conflict

Halloween costumes are an external example of this inner conflict. On the surface, as children or adults, we may just think dressing as Darth Vader, a police officer, a vampire, or Elsa from Frozen is cool—and it is. But if we take a moment to consider why we think that costume is cool, we taste a flavor of Jungian Shadow Self study. Often what repulses us or attracts us reveals aspects of our Shadow Self. We dress as heroes or villains, future careers, or dreams of stardom. We wrap ourselves in the ugliness we may see in ourselves, craving acceptance. On the other hand, we may seek validation dressed as powerful archetypes to balm our insecurities. “The counter-intuitive truth is that when we reveal the Shadow, when we give in to its imperfections, its nature changes. It becomes a source of creativity and confidence.”

Jung believed that we could integrate the shadow using dreams, creativity, or active imagination (Stutz & Michels, 2012). What more active form of imagination could be found than Halloween? We examine, create, and adorn ourselves in our Shadow Selves. For one night alone we live free, are praised or feared, and as children, rewarded with candy.

A Greater Aim of Humanity

“If human beings had genuine courage, they’d wear their costumes every day of the year, not just on Halloween.”– Douglas Coupland, Artist and Novelist

This is a playful look at the Jungian exercises that could hide in Halloween—and their potentially unfocused healing power. However, we must note that Jung, and countless thoughtful healers after him, take Shadow Self work quite seriously. It is a powerful personal change agent in a therapeutic setting. And it is still being carefully employed by practitioners today, myself included. The drama of 1800s Swiss thought touches the title “Shadow Self,” but it is relevant to real-world healthy living.

Recognizing the Dark Aspects of the Personality

Jung spent his life writing about the Shadow Self because he felt that vigilant embracing of our Shadows was a greater aim of humanity in pursuit of street-level wellness. He warned that “…a small evil becomes a big one through being disregarded and repressed”. Furthermore, “for any kind of self-knowledge,” we must embrace our Shadow as “a moral problem that challenges the whole ego-personality…recognizing the dark aspects of the personality as present and real” (Curran, 2013).

There is—and should be—communal joy and excitement in this vigilant embrace. Just like the hordes of costumed kids running and laughing down the street on Halloween night. Dr. Stutz (2012) in closing a story on his own embrace of his Shadow Self, said “I had accepted my Shadow with all its imperfections”. In art, shading adds the depth and contrast for true beauty. Similarly, Dr. Stutz said, “The reward was an endless sense of flow—from a larger, deeper dimension that had its own truth.”

We all have that deeper dimension inside ourselves. Perhaps this week we might take an interested look into the shadow in our clients and the shadows of our best personality traits. Who among us cannot benefit from an exploration of our masks, our favored villains, our taboo fantasies? This week we honor those aspects longing for surface, confessed by our makeup, our clothing choices, perhaps our Halloween costumes.