Come On In. We're Open

Finding new ways to connect and grow with our participants is our joy.  Helping people to love life again is our passion.

About Barn Life Recovery – A Community That Cares

Our multidisciplinary team specializes in major depressive disorders, generalized anxiety disorders, bipolar disorder, post-traumatic stress disorders, ADHD, ADD, dissociative disorders and obsessive-compulsive disorders.  We are advocating for people suffering from these mental illnesses so that they can receive the same quality and length of care currently only reserved for substance abuse disorders.  Healing from mental illness takes time. However, when it is done correctly with a caring staff of professionals, the positive effects reverberate and spread throughout the community.  It seems the world is suffering from mental illness.  It’s time we came together as a community to heal our wounded. Let’s make a better tomorrow for ourselves and our future.

As the first and only licensed community care facility in California, we are pioneers. We have realized a vision of long term, intensive care for mental illness and co-occurring disorders like substance dependency.  Our staff is multidisciplinary and multi-focused.  This means that we are not a “one size fits all” recovery program.  Instead, we work closely with each person to build a treatment plan that is unique and speaks to each individual’s needs and goals.  Our staff is trained in everything from psychotherapy, EMDR, CBT, DBT, Jungian Therapy, Transactional Analysis, Morita Therapy to tai chi, qigong, yoga, ba qua, kung fu, music therapy, reiki, art therapy, dance and so much more.  Finding new ways to connect and grow with our participants is our joy.  Helping people to love life again is our passion.

We pride ourselves on being the finest providers of community-based care and in working closely and transparently with insurance companies so that we can provide the highest level of care and best practices.

Many of our participants qualify for supported housing through their insurance coverage if their current housing situation is unsafe, violent or not conducive to recovery. 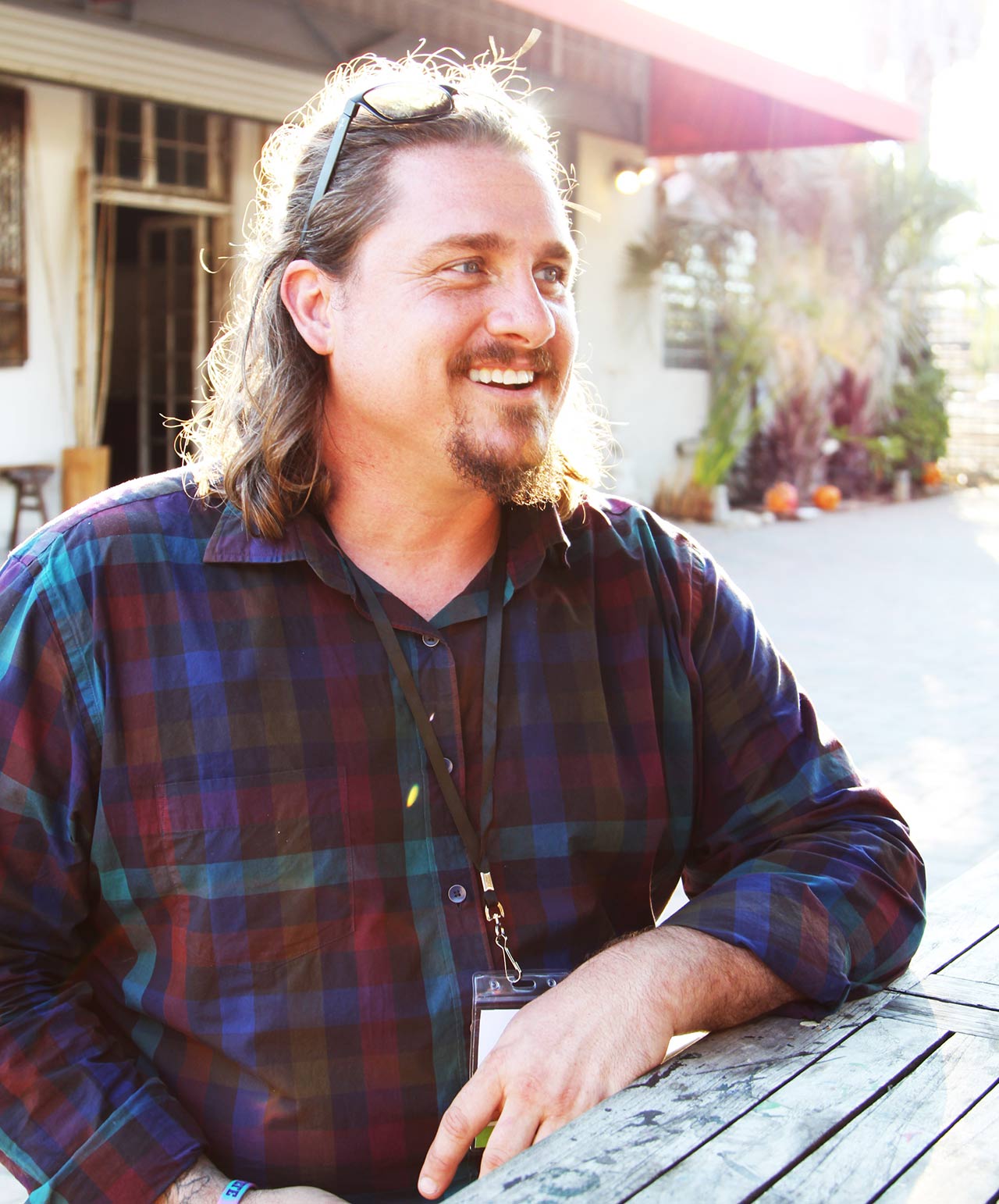 Studied and trained in external and internal martial/healing arts as well as Qigong, Tai Chi, Ba Qua, Chinese Medicine Taoist Philosophy for over 30 years with several prestigious Grandmasters, most notably Hing-Wo “Richard” Tsim of the Lau Kune Do system.  Mathew has trained under Grandmaster Sifu Tsim, as both his mentor and close friend, for over 20 years.

In 2003, Sifu Carver opened a Traditional Chinese Martial Arts Temple which he ran for 8 years working with students (over 4000) from all walks of life.  Sifu Carver was a positive presence in the community of Lake Forest where he worked and trained students in cultivating healthy life paths.  It was at this time that Sifu Carver began teaching and working in various Substance Abuse Facilities across Orange County.  Sifu Carver pioneered holistic health programs, which incorporated Chinese martial arts and Traditional Chinese Medicine, many highly respected Mental Health and Substance Abuse facilities: Oasis Treatment Center, Southcoast Recovery, Anamika, Hoag Hospital, Sober Living by the Sea, Ocean Recovery, Laguna Hospital, Hope by the Sea, Brookside Institute and many more.

From 2005 – 2007, Sifu Carver was an instructor of Traditional Chinese Medicine at The Academy of Natural Healing in San Clemente, CA. Classes focused on traditional martial healing liniments and basic herbal identification, preparation administration. Instructed students in meditation techniques and how to manage stressful situations.

During his time teaching at these various facilities, Sifu Carver devised a system for his own recovery program called Phoenix Healing Arts, which opened in 2008.  This outpatient treatment center incorporated many of the eastern arts that Sifu Carver had been teaching and practicing in local recovery centers.  During the next 2 years, Sifu Carver wrote two books The Five Chinese Elements and the Lost Art of Change and Zen Recovery Path Workbook which composed the backbone for the program model.  Sifu Carver is also a Certified Herbalist with the American Herbalist Guild and Master Herbalist and Formula Architect for Human Roots Herbal Supplements and Zen Blend Herbs.  These herbal supplements grew from Sifu Carver’s desire to offer patients a better alternative to pharmaceutical drugs.

In 2018, Sifu Carver and his fiancée Alyssa Panis opened Barn Life Recovery at the same location where Zen Recovery Path once stood.  This facility is the first fully licensed facility sanctioned to treat Mental Illness and Co-Occurring Disorders in the State of California.  This facility is the first of its kind and its goal is to stop the stigma of mental illness and offer a long term, effective solution to recovery.

Kevin Woolums is the Program Director here at Barn Life Recovery and he aims to provide deep and safe sessions that ignite real insight, exploration, hope, and change. Clients need a safe space, knowledgeable support, and a collaborative effort. With his emphasis on soulful psychology, Kevin is the perfect complement to our blend of ancient Eastern methods and evidence-based treatment. With over a decade of working in counseling psychology and extensive post-graduate work in depth-psychology, dreams, and more, Kevin helps clients discover the infections beneath difficult symptoms, the hidden treasure within their greatest obstacles, and desired support at a pace that is right for them.

With a master’s in marriage and family therapy, Ph.D. studies in depth psychology, and years of specialization in addiction treatment, existential crisis, mood disorder, and the process of individuation, Kevin can help you through leading clinical intervention and a sharp, curious and gentle ear to the unconscious.

Kevin loves directing our program at Barn Life and he hopes to work with you!

Kelsey is an individual and group therapist here at Barn Life who also has a private practice in Laguna Niguel, CA. Kelsey believes that therapy is a collaborative process and that it is an honor to step into clients’ lives and innermost experiences. She specializes in working with trauma, anxiety, depression, emotional dysregulation, addiction, and low self-esteem. Additionally, she is an Eye Movement Desensitization Reprocessing (EMDR) practitioner trained by EMDRIA to provide EMDR to treat PTSD/trauma.

Kelly believes that each individual is unique and tailor her approach to specific needs while applying her extensive experience, education, and care to the therapeutic process. A few of the methods she uses are cognitive behavioral therapy, dialectical behavioral therapy, psychodynamic therapy, family systems therapy, and mindfulness-based practices.

Therapy is all about feeling safe and what Kelsey loves most about Barn Life Recovery is the non-judgmental, authentic, and true care and compassion that exudes from this place. She has been with the program for over 7 years and can truly say that the care for the clients and each other is unparalleled. She looks forward to meeting you!

Ryan received his associate’s, bachelor’s and, master’s degrees in psychology and has been working with people suffering from substance use and co-occurring disorders for the last 15 years. Additionally, he is currently in the final stages of completing his PsyD in psychology. Ryan has worked in a myriad of roles including being a martial arts instructor helping men and women become empowered in their life and to break the chains of addiction and the existing depression, anxiety, psychosis, shame, and trauma that comes with substance use disorders. Ryan has worked with co-occurring disorders on many levels of care including inpatient, residential, partial hospitalization, intensive outpatient, and outpatient services. He is EMDR trained and works with clients to identify underlying issues including trauma that fuels substance use as a dependent and maladaptive coping skill.

It is Ryan’s honor and dedication to work with clients in a way that assists them with finding their own freedom, their own strength, and their own power. Ryan works to raise awareness, helping clients to see and rebuke that which no longer works and keeps the “chains” bound. He teaches them to accept their personal strengths and welcome the responsibility necessary for long-term change. Clients leave Ryan’s sessions with greater confidence, a working knowledge of healthy coping strategies, and the practice necessary to utilize them in their lives.

Bridgit is a Licensed Clinical Social Worker and holds a Master of Social Work from California State University, Long Beach. She has experience working with clients in residential mental health settings, as well as co-occurring disorders at all levels of care. An EMDR practitioner since 2016, Bridgit specializes in working with trauma and PTSD.  She is always working toward growth and how to provide the best care possible for clients. Her strengths lie in “seeing” others for who they truly are underneath defenses and protective measures and allowing them to decide if they want to “see” and fully become that person as well.

Bridgit came to Barn Life after an experience with multiple treatment settings and felt very familiar with how mental health and substance use were typically being treated in Orange County, CA. She was drawn to the Barn when she witnessed how unique they were in their approach, and how passionate and hands-on the owners were.  Barn Life Recovery is an eclectic bunch, each offering various strengths to create the most competent and trustworthy team she has been a part of.

Amazing place, amazing program, and top-notch people! A truly once in a lifetime blessing that I was able to attend this facility and program. They helped me to reconnect with myself and who I am and have since had no prescribed medication for anxiety or depression for 3 years now! Unforgettable! Thank you, Sifu and all staff at Barn Life.

Incomparable to any other treatment. Easily 100 times better. Non-step 12 step. The way I like to explain is that, at Barn Life, we aren't just forced to take notes on coping strategies and relapse prevention courses, instead clients and staff alike encourage each other to think freely, engage in new styles of meditation, thereby committing to memory real, practical techniques that catapult a broken soul into a place of such strong and evolved spiritually.

Complete the Form or Call Us for Help Today!